A Brief History of The Euston Lodge 2283

The Lodge took it’s name from Henry James Fitzroy, Earl of Euston, Provincial Grand Master of the Masonic Province of Northamptonshire & Huntingdonshire from 1887 to 1912. In spite of his high rank, Lord Euston was well known in masonic circles as a keen freemason and had a particular interest in the Euston Lodge as it was the first to be consecrated by him as Provincial Grand Master (PGM). The consecration ceremony took place in the lodge room at the New Inn, St Neots, on the 12th March 1889 when Brother John George Green was installed as Worshipful Master. 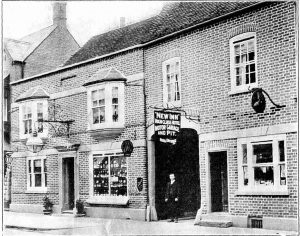 The lodge met in the ‘Euston Room’ at the New Inn for a little over fifteen years and during this period initiated twenty four candidates and welcomed eleven joining members.

At the lodge meeting held on the 4th of November 1903 an item recorded in the minutes mentioned continued dissatisfaction with catering and treatment of the brethren. A small sub-committee was formed to consider the question and make recommendations. As a result, while meetings continued at the New Inn, the festive board was transferred to the Cross Keys Hotel until complete removal to the latter in September 1904. 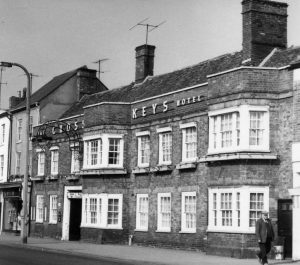 Conditions at the Cross Keys proved more satisfactory and a more regular flow of candidates developed. Several double ceremonies took place and at some meetings more than one degree was performed. As might be expected the progress of the lodge was less spectacular during the period of hostilities 1914-1918.

During the period of ‘emergency’ of 1939-1945, the lodge reviewed it’s meeting dates and times and for a short period met on the second Saturday of the month at 2.30pm but soon reverted to the more familiar third Wednesday. Rationing during the war caused catering difficulties and seating at the festive board was restricted to thirty.

In 1951 the lodge agreed to sponsor a new lodge to be called the Old Kimboltonian’s Lodge (7204). This was duly consecrated on 11th September 1932 and thus became the first daughter lodge of Euston 2283.

In 1959, as the current facilities became less adequate at the Cross Keys Hotel, consideration was given for the purchase the public rooms in St Neots but, due to inadequate funds, the matter did not proceed.

The Purchase and Creation of the Masonic Rooms, Eaton Socon

On Wednesday 18th March 1970 a resolution was passed to enter into a contract for the purchase of a building situated in Eaton Socon at a cost of £2,500 for the purpose of converting its use into a Masonic Hall and Temple. The building fund held, by this time, had reached £2,129. The purchase was completed on 30th December 1971.

The brethren rallied nobly to convert this sadly run down building and generous donations were made to the building fund.

Originally an outhouse attached to a farmhouse next door, the building dated from around the early eighteenth century and was used partially as a malt house and later for seed dressing. During the Second World War it housed motor vehicles, accessories and spares.

The first meeting of the lodge in its new premises took place Wednesday 19th September 1973. Tribute was paid to the effort, dedication and generosity of so many of the members which enabled the lodge to no longer be nomadic.

The original warrant of the lodge being irretrievably lost, a warrant of confirmation was obtained. The new Temple was dedicated on 15th March 1974 by R.W.Bro. R.A.Palmer, Provincial Grand Master.

On 19th October 1977 a proposition was carried that the lodge sponsor the formation of its second daughter lodge and a petition was duly signed in open lodge 15th March 1978. The Toseland Lodge was consecrated on 24th  May 1978.

The building is no longer owned by the Euston Lodge after having been sold to another masonic order, namely The Worshipful Society of Free Masons, Rough Masons, Wallers, Slaters, Paviors, Plaisterers and Bricklayers (known as The Operatives) as their Headquarters building. Several other orders currently share the use of its facilities thanks to the original courageous decision to purchase and refurbish the property in the early seventies. 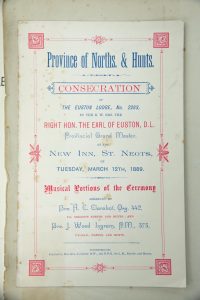 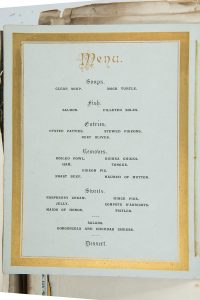